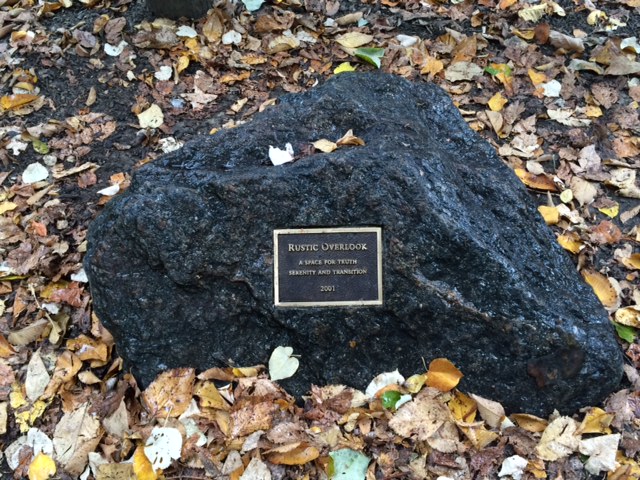 I was in Physical Therapy when it started – the feeling that something wasn’t quite right. Myself and my physical therapist looked at the T.V. screen, both confused about the numbers we were seeing.

“That’s not supposed to be looking like that,” she said.

In the bottom of the screen it said only a tiny percentage of the votes were in. New York polls hadn’t even closed yet.

“It’s probably just some random Republican state that got counted early,” I said. “No need to worry about it.”

The topic of the election was actually something we weren’t supposed to talk about, as it had become so contentious that it had led to fights between patients in some of their other studios. But after four months of working together, my therapist and I were pretty sure we were on the same side, and anyway, I was the last patient there.

Leaving the studio, the streets were quiet – New York deserted – even Times Square felt subdued. I was excited on the Subway going to meet my wife at the Clinton / Kane headquarters on the Upper West Side around the corner from where we live. She’d been there early, scored us some seats. On the train, two young black girls next to me were frantically refreshing their phones.

“She’s up in Florida,” one of them said. “She’s going to win Florida!”

The Upper West Side HQ was packed with people in lines of folding chairs watching tens of T.V. screens showing MSNBC. Food and wine was provided, volunteers circulated in American flag aprons with homemade cookies and other treats. The mood was excited, expectant. As I pushed through the crowd a woman complemented my white pantsuit – worn in honour of Hillary. I told her I didn’t have a vote yet, so the suit felt like the least I could do.

We watched together, women and men, all ages and ethnicities. It was already nine o’clock and most states were too close to call, or too early to call. He appeared to be pulling ahead – but that okay at this stage, right? He was winning the states we all knew he would win – Kentucky, Oklahoma, Texas. But again, something didn’t feel quite right, this late in the night, for her to be fighting so hard. This wasn’t what we expected. A friend who had been campaigning for months fell silent next to me. By the time I came back from a hunt for pizza – both local pizza places had run out – she had gone home.

I was queuing for the bathroom when North Carolina was called in favour of Donald Trump. In front of me, an agitated woman wearing “I’m With Her” earrings started yelling into her phone.

After that, things started to unravel fast. A man was showing me on his phone that the Washington Post had called Florida in favour of Trump too, though it wasn’t being called yet on MSNBC. A young girl talked over him, trying to sound hopeful telling us that it was just like the Cubs game, that that went down to the wire too. Slowly more chairs became vacant as people filed out. Voices got louder, alternately talking over the television and shushing each other.

“He won’t build a wall,” a man behind was saying. “He can’t. It’s unconstitutional!”

At eleven, the volunteers came around and told us they were closing. Many of them had been there since early morning they said and needed to go home. This morning seemed like another lifetime ago, putting on my white suit and stepping into the beautiful colours of the autumn day, having seen Hillary and Bill vote together – the only couple in history to have ever voted for each other for President of the United States. That a day that started out with such hope, could be ending like this, just didn’t seem possible.

We went home. We watched more. We couldn’t not. We watched as the impossible became possible, became probable, became likely. By 2am, I couldn’t take it. Seeing the crowds filing out of the Javits Center was too much. I couldn’t stomach his victory speech. And I went to bed, knowing what I would face this morning.

What am I facing this morning? A changed America? A different America? A new America? The people that I’ve known are still the same people, New York is still the same New York. Or is it? That feeling today – anger, grief, devastation – no, I don’t think that’s too strong a word – is palpable. I saw a friend in the street and we hugged without speaking. My phone hasn’t stopped buzzing all morning with texts I don’t have the strength to respond to yet – people sharing fears that are too close to my own to be able to offer any words of comfort. The Korean woman in the dry cleaners told me how frightened she is. In the restaurant next door, a T.V. screen declared “Donald Trump, 45th President of the United States” – like something from a bad dream, except it isn’t.

Where do we go from here? Because we have to go somewhere. Last night, watching these results, checking my Facebook feed for the reactions of my friends, I could feel my fear and confusion turning towards hate, towards anger. Hate for this man, whose values are the opposite of everything I believe in. Anger at the media for getting it so wrong, at the people who believe in him, who voted for him. It scared me, the strength of my feelings. If I let my fear turn into anger turn into hate, how am I any better than him? Any different from him? People I love voted for this man – probably more people than I know – had their reasons for voting for him. I may not like it. It may make me sad, make me angry, make me sick even, but if I give away my heart to hate and fear and hopelessness, won’t that will be the biggest loss of all?

Today, I went where I often go in times of confusion, of pain, of sadness. And with the grey sky behind, the trees of Central Park looked as beautiful as they did yesterday and likely, as they will tomorrow. I had no destination in mind, let my feet lead me up a path of wet leaves, to where there were some benches made out of logs. I walked around them and over to where a rock on the ground caught my eye. Embedded in the stone, there was a plaque that read “Rustic Overlook: A Space for Truth Serenity and Transition.”

I stood there. Read it again, twice more. In front of me the lake reflected yellows and reds and oranges. Behind me, a couple of tourists were taking a selfie. Those leaves will fall. Those tourists will go home. Around us, all of New York City was moving, as it is always moving. And we will move too, on to tomorrow, the next day, the one after. And I hope that as we do, that somehow, we can move a little closer together.