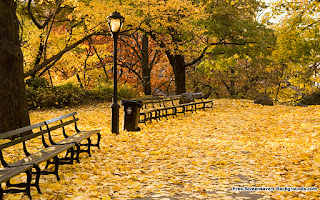 It is 91 days since my last blog post, the longest gap so far. Since I last posted I have rented out my house, wound up my business, sold my car, packed up, sold, stored, gave away and shipped my stuff and been through the complexities and uncertainty of US immigration. I’ve bid goodbye to my family, my friends, moved into a new home, started a new job. Oh, and I wrote and edited the final draft of my new novel.

The point of this list is not to line up my excuses for your approval – although they are good excuses, goddammit – but instead to frame what I want to post today. You see even though I have ragged notes and folders on my computer about how the last 91 days have felt – leaving, arriving, leaving, arriving and everything in between – these reflections are not a blog post yet. I am still too much in the eye of the emigration tornado to write about it, the whole subject too big to fit into paragraphs, sentences, words. So instead I want to write about something smaller. I want to write about Central Park.

I am living nine blocks from Central Park, in the same apartment where I stayed this summer. Between June and September I only managed one trip there: a sunny Sunday that involved a near capsizing on the lake and a botched attempt to go to the Boathouse where there was an angry protest and a giant blow up rat outside.

In my last 20 days here, I have been to Central Park five times. Three of these have been in the last six days. Because six days ago, I remembered running.

If you’ll bear with me I’ll digress, for a minute, from the park. At home – in Dublin – I run all the time. I am a regular early morning fixture along the seafront between Teddy’s in Sandycove and Bullock Harbour. No matter how hard it is to drag myself out of bed to go running, I have never wished I hadn’t made the effort, never been convinced my day would have been better with an extra hour’s sleep instead. Two years ago when an operation knocked me off my feet for a couple of months, running was what I craved. Above my desk I have a photo of Haruki Murakami in his running shorts as a reminder of one of my favourite books.

So it’s pretty obvious, I love to run. But sometimes when I’m somewhere new, somewhere different, I forget obvious things and it takes me a while to remember.

Friday was a holiday here, Veterans Day. At half eight in the morning, Ninth Avenue was emptier than usual, quiet, by New York standards. I raced across avenues and up blocks until I got to the corner of Eighth and 55th where the lights caught me. By the time I reached the entrance to the park on 59th, I had run for ten minutes. I was out of breath already, unsure of which path to take and a little afraid of getting lost.

My feet took me the way they wanted, the way some part of me seemed to know or remember. Down the path covered with a carpet of yellow leaves that blew first one way, then the other, tumbling, co-ordinated in the wind. I ran past trees, still damaged from the October storm, past bathrooms, a playground. I took a right under a bridge that I’m sure I’ve seen in a film, or an episode of Law & Order – hopefully it wasn’t where a body was found. I ran past a man playing a saxophone, turned left and ran uphill, towards the Dairy, my legs and breath co-operating despite the lapse of time since they’d last done this.

I could take you on every step of my run; down towards the lake and the Bethesda Fountain, past the woman singing a Four Non Blondes song to no-one, a man taking a photo of his dog. I could take you right around the park and back again but instead I want to take you to the end.

One of my favourite things about running is the end, so much so that I sometimes suspect that ‘having run’ is what I love, more than the actual act of running itself. Once the end is in sight I can push my body harder for that last stretch, pump the last dregs of energy and power into my limbs in a way I never could sustain if I knew the distance stretched out and out ahead. At home my trigger for the last spurt is when Teddy’s comes into view. Last Friday I found myself doing the same thing, pounding back towards the gate I’d come in forty minutes earlier, running faster than I’d run all morning.

At home, at the end of my run, I know what to do. I get my water from the car, check my time, warm down and sit on the wall looking out at the sea, breathing it in. On the corner of 59th and Eighth, my next move wasn’t so clear. Across the road was Columbus Circle, the statue of Columbus himself, fountains arranged around him. Waiting at the light I got my breath back and noticed that someone had added two life-size metal elephants since I’d last been there.

I crossed over, sat down on a bench, pulled my legs up to sit the way I always do. I closed my eyes, could hear the water. I peeked out to see the shape the jets made, closed my eyes again. All around me, New York City was churning, like the leaves caught in the fountain’s spray. Outside me there were sirens, traffic, horns, water falling, leaves blowing, voices calling.

Inside I saw the line of horizon at the edge of the sea, dawn unfolding, peeling back layers of colour in the sky. I kept my eyes closed and saw the lake I’d just run past, the palette of trees reflecting in the water. I sat there, kept breathing, Sandycove, Central Park, a slideshow in my head, appearing, disappearing, taking turns, sometimes blending together.

And when I opened my eyes again, New York was still there, had never gone away. I walked up to the elephant, leaned on it to do my stretches, the way I always do my stretches, waited for the light to change and jogged home.