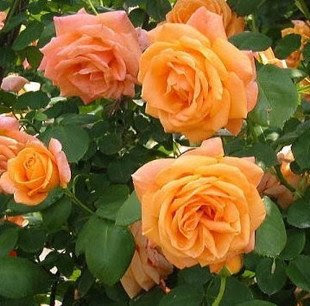 You can only have your first Listowel experience once and mine was seven years ago. I’d never been to the town before and pulling into the square in a taxi with three strangers, what I remember seeing first is the Listowel Arms, where the climbing roses were in full bloom. I remember too the sunshine and a band playing on the street – although part of me wonders if I’ve edited that into the memory, as I’ve never seen one since.

Later that evening, I met my friend as arranged and we set about exploring. By the next evening, when we’d both finished our workshops, our twosome had grown into a little group. And the little group grew into a bigger group and an even bigger one, until seven years later, Listowel is full of friends. Some of them are the kind of friends you see year round. Some of them you look forward to seeing once a year. Some you remember only their faces and by now it’s too late to ask their names but it doesn’t take from the animated discussions over coffee and custard creams in the boys’ school on breaks from the workshops, or in the back of Keanes’ late at night.

Over the last seven years I’ve learned how to write novels, short stories, articles and obituaries, I’ve even had a stab at writing songs. Life has changed, is changing, will continue to change. There’s a statue of John B in the square now and a new bookshop on the mainstreet. One of my good friends had her book published a few years ago and her second and her third. Last year mine joined hers on the shelves.

I listened to the John Murray show yesterday, broadcast live from Listowel. Since Wednesday I’ve been getting e-mails and texts from friends enjoying the fortieth festivities. They urge me to come down, that it’s not too late, that the sunshine is promised to last the whole weekend. And sitting writing this, looking at the orange climbing roses in my garden, in full bloom, I’m still not sure why I won’t be joining them. I know you can only experience your first Listowel once, but something tells me that by missing out on this one, I might just get a little closer next year.