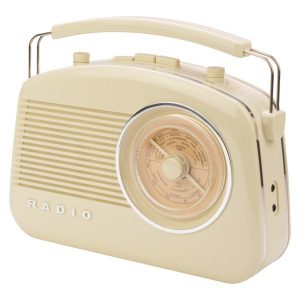 Last Thursday, I was on a plane. My fifth in two weeks. As we were descending, sinus pressure made my head throb – the last remnants of a cold I’d picked up back home. As soon as we landed, I turned on my phone. I had a message from an old friend who knows me well. She told me you were dead.

Like thousands of other people who are grieving, I didn’t know you in the way we usually mean when we say we know someone. Sure, I’d grown up knowing your name, but to be honest for a long time, you weren’t someone who I was all that interested in getting to know. You were my mother’s generation – women’s lib and all that. I knew how important that was in the 70s – I didn’t take it for granted – but when I left college, it was the 90s. RTE One to me represented everything about Ireland that felt old-fashioned, suffocating. Something I was keen to move beyond.

For me, moving beyond meant a one-way ticket to London with my college boyfriend – a year that turned into almost five. We didn’t come back until the start of the next decade when the Celtic Tiger was roaring its head off, allowing us to land jobs at salaries we’d never imagined and to buy a vastly overpriced home that felt like good value. The soundtrack to that house – to that time – was “Chill Out” CD compilations or Norah Jones when we had people over for dinner. Eminem, turned up loud, when I was in the car alone.

It wasn’t until 2007 when we met properly, you and I. The writer in me wants to freeze frame the moment, make it that summer, right after I had the garden done. I want to put me sitting in my new patio chair on a sunny Saturday, drinking a coffee and have your “Hello there” come floating out the kitchen window. But there were no sunny Saturdays that summer; the peace lilies had drowned the week after they were planted and the new patio furniture was stored in the shed. I know how much you value honesty and the truth is I don’t remember that first meeting, when I first started to listen.

If I had to hazard a guess, I’d say it might have been on a Sunday morning, on the way home from yoga, that I was impatiently flicking through the channels. I suspect you said something that caught my attention, that made me think. Something that made me stay. Yoga was one of the things I’d taken up that year to fill the space after he left. I’d enrolled in swimming classes, learned how to film direct, worked hard on getting my novel finished. The other time was taken up with people – so many people – so many kind people, there for me in ways I’d never have imagined.

And yet, there are those crevices of time – those little in between spots – that you can’t fill with classes, with other people, even with books. Those times on weekend mornings when you wake up and the house is just so quiet or when you manage to get yourself out for a run or to yoga and you’re feeling great but when you come back in, the silence is still there and everything is just the way you left it. Even music didn’t always cut it at those times – there were so many memories wrapped up in music – but it turned out that your voice did, your humour did. Your curiosity, your intelligence. It turned out, that if I could only hang on long enough to get to “Hello there”  that it was going to be a good day.

Your Saturday show was always my favourite – the big interview – and now I listen to it on my morning run in Riverside Park in Manhattan’s Upper West Side. Since a couple of falls and an ankle surgery a few years back, I’ve tried to slow down, to stay more present when I’m running and no matter who you’re interviewing I know you’ll always keep me where my feet are.

I don’t know what I was doing on the 12th of April 2008, but it must have been something important that kept me from your iconic interview with Nuala. I read the transcript online after my therapist told me about it – yes, I tried that too – but it wasn’t until a year or two later, in a tiny walk-up apartment in Hell’s Kitchen that I listened to it in the middle of the night. I’d just finished Are You Somebody? and I couldn’t sleep and I needed to hear more from Nuala and from you. I’ve listened to it since – more than once – but there is something I’ll always remember about that night, in our tiny kitchen with the lights seeping in through the blinds from Ninth Avenue and the rawness of both of your voices.

We went through a lot together, didn’t we, you and I? You were there when I finished that first novel, you were a constant during that year of all the rejections and then when I finally landed the publishing deal I’d been afraid to dream of. You were there the Saturday morning I flew to New York to work on my second book and when I got back having fallen in love with a woman – a woman! Your voice didn’t change during that terrifying, turbulent, terrific time when I had to finally come out at 35, to my parents, my friends and mostly to myself.

These past few years with better technology, I’ve barely missed a Saturday or Sunday. My wife has gotten to know you too – the sound of your voice – though I have to confess sometimes you’ve been a source of tension in our home when she’s suggested alternative weekend listening! I wasn’t always able to explain why I needed to hear the latest debacle about the children’s hospital or the ins and outs of recipes I was never going to make. I don’t think I knew exactly why I wanted to listen to these things myself, I don’t think I understood until last Thursday – until I read my friend’s message as we taxied towards the gate – just how much of an anchor you were for me. Not just to Ireland, but to myself as well.

Of all the weekend mornings we spent together, I’m thinking of one Sunday last July. I’d been in West Cork, writing for a week, and I was starting that arduous drive back to Dublin. It was lashing – really coming down – the kind of rain where you have to have the wipers on at breakneck speed and the car is boiling because of the hot air on full blast but the second you turn it down even one notch, you can’t see a thing.

I’d left later than I planned and I was annoyed with myself that I’d done that. Leaving Bantry, driving past the Westlodge Hotel, the long drive ahead, at that moment, in that rain, seemed impossible. And then, I looked at the clock, and there you were, right on time as usual.

“Hello there.”  As we rounded the bends and bumped through the potholes we talked about Brexit – of course we did – and Donald Trump’s urging four congresswomen to go back to their own countries. The conversation, the interruptions, the laughter, that Irish-American woman who represented women Republicans – remember her? – kept me on track, even happy, as the roads narrowed and the deluge came down, and trucks overtook me, their back spray making the road almost disappear. You stayed with me through all of it, even when the light lit up on the dashboard saying we had a flat tyre as we approached Cork City, you were even there for that.

I felt sad, that day, when your show was over, an emptiness that I probably hadn’t felt since we first met in 2007.  And today I feel sad, for all the shows you’ll never make, for the things I’ll want your opinion on that I’ll never know. I feel sad because my secret  fantasy to one day be interviewed by you, will never happen. But just like that day on the drive home from Cork when I was already on the main road by the time the show was over, it’s enough to know you were there to get me through the roughest part.

And that I’ll be able to make the rest of the way on my own.