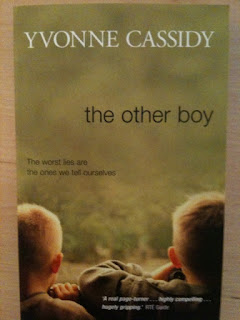 Before I was published, I’d often imagine into the future; what it would be like to get a book deal, to see my name on the cover of a novel, to see that novel on a bookshop shelf. These daydreams would usually come when I was at some difficult stage of the process, times when I was trying to avoid actually doing any writing at all.

Since I’ve been published, I’ve noticed that people often ask me about those exact moments I used to imagine. Usually, they have a smile on their face, urging me to tell them stories of elation, euphoria, of a world shattering into a billion starry molecules all around me. And sometimes I tell them that, or something like it, even though it’s not one hundred percent true.

The truth is, that while I remember each of these moments with a startling clarity – the Wednesday August evening when I got the e-mail, the Saturday morning I met my editor outside a McDonalds to take possession of my first copies – as well as elation, there was relief and disbelief and fear. And even as each event was happening, there was something else going on too, a tiny gap between the way I was actually feeling and how I was expected to feel. A gap big enough for the dreaded ‘should’ to squeeze through, as in: should I be feeling more than this?

Today, I received delivery of the paperback format of that same novel, The Other Boy. The paperback release is a low key affair, a new cover, bigger print run – no publicity or launch parties here. I was on the phone, still in my running clothes, when the courier rang the doorbell and I ate my breakfast, answered some e-mails and played a Facebook scrabble move before I rescued the box from the hall and sliced through the brown tape.

The first thing I noticed about the book was how nicely it fit into my hand; chunky but not too big, the cover matt and soft and grass green. When I turned it over, my name was there, right at the top. I sat down on the couch, read a bit in the middle and I remembered writing it. I flicked to another section and smiled, I remembered writing that too. And that was when it finally hit me, 10 months after being published, a year and a half after getting the deal, that this was actually my book, a book I’d written. The kind of book I might even buy.

I’m writing this in Starbucks. There’s a floor length window with the sea outside and today it’s rough, white peaks of waves on grey water. I like writing here because it’s a nice distraction to glance out at it, between paragraphs, when I run out of words. Today, I’m glancing at something else as well, my novel, the paperback, on the table, next to my cup.

It’s silly, I know, self indulgent, to carry it around like this and tomorrow it’ll be back on the shelf where it belongs. But just for today, I’ll keep it close and enjoy the unexpected tingle of elation that seeing it unexpectedly seems to bring.